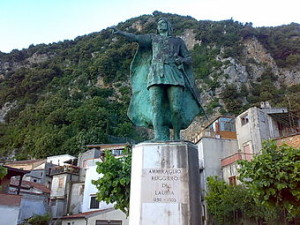 Admiral of Sicily and Aragon under James and Peter Frederick of Aragon, Roger was born in Lauria. Defeated Provencal, French and Puglia fleet of Charles of Anjou ‘in the Tyrrhenian Sea, in the Ionian Sea and the Mediterranean. Its quality was the naval and military genius that enabled him to win all the battles in which he pledged. ‘ Stained, however, his fame because it was very unforgiving and hard on the foe, and the prisoners and also was too avaro.le his most brilliant campaigns are those of 1284 and 1285. For the vastness is impossible to list all his achievements, we will mention a few: the naval battle of Malta in Castellammare di Stabia, the conquest of the islands of Djerba, the naval battle between Barcelona and Cape San Sebastian, several raids in Greece and the numerous sea ​​battles and land in Sicily, Calabria, Basilicata and Campania. Died January 17, 1305 in Valencia (Spain) where he was buried. 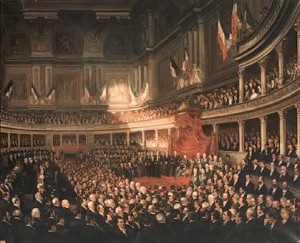 Francesco Maria Gallo of Lauria was born in October 26, 1789. He graduated in law in Naples, practiced as a lawyer with seriousness and honesty. He was a member of the ranks of young liberals Lauria affiliated to the secret society of the Carbonari. Admirer of Joseph Mastiffs, the Gallo aspired to the creation of a ‘democratic republican form in Italy free and united. Took part in the political movements of Basilicata, so he was arrested and sentenced to prison, where he remained until 1852. The fall of the Bourbons after the Plebiscite of 1860, the Gallo had first flown from the hill of the Assumption of the national flag. On 12 January 1861, when the capital was ancorala Turin, he voted for the election of Members of Parliament: Francesco Maria Gallo was elected to the section of Lauria. 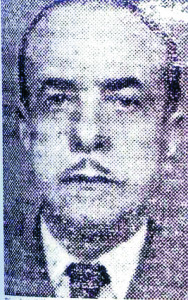 St. Nicholas was born in 1889 in Lauria. He moved to Naples, where he became interested in telegraphy, by providing a device that would have prevented, according to the discoverer, the collision of trains. After moving to Paris he met a leading figure in the field of aviation Brazilian: Alberts Santos-Dumonti. This event marked the Holy for the beginning of a successful life. He went to Brazil where he built a “hangar” for airships that subsequently converted into a large modern workshop assembly of aircraft from which he emerged the first aircraft built in Brazil. He was appointed Technical Director of Aviation, a position he held until 1938. For many years he lived in poverty most complete, guilty of not asking the Brazilian nationality as not to lose the Italian one. He died in 1965. 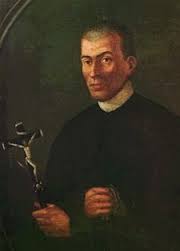 Domenico Lentini of Lauria was born in November 20, 1770 by Macario and Rosalia Vitarelli. Ordinary people, very poor, but the poverty in which he was born was awarded by the splendor of the virtues which shone in his lifetime. The ‘June 8, 1794 he was ordained priest. He devoted his life, without neglecting religious duties, teaching young people. His preaching was intense and his voice echoed not only in the churches of Lauria, even in neighboring countries. The love of neighbor took him to even take off their clothes to give to the poor. He died at the age of 57 years February 25, 1828. the corpse remained unburied for eight days of miracles occurred that made even more illustrious fame of his holiness. In 1842 the Bishop of Policastro, Bishop Laudisio, began the process of canonization. On January 27, 1935 held promulgated Heroic virtue and Pope Pius XI proclaimed him venerable. On October 12, 1997 John Paul II in St. Peter’s Square, he beatified by raising to the honors of the altar. 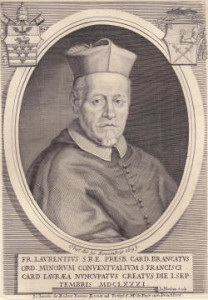 Cardinal Lorenzo Brancati is considered one of the most learned men in Italy of the seventeenth century .. Lauria was born in April 10, 1612 his first name was that of John Francis turned to Lorenzo Maria. He had as a tutor in Lauria, the lawyer. Squillante Vitale from whom he learned grammar and Christian doctrine. In 1636 he became a priest in 1647 and was hired Secretary of the Order of Friars Minor Conventual. He was appointed reader in theology at the Sapienza University by Pope Innocent X. Pope Alexander I appointed Consultant and qualifier ° S. Office, Consultant of the Holy Congregation of Rites, Examiner and Synod of Bishops, the Holy Visit Consultor State Regulars, and First Custodian of the Consistory of the Vatican Library, as well as Prefect of Propaganda Fide. On the death of Pope Innocent XI (1689) touched the threshold Pontifical because it was the opposition of the King of Spain, who took advantage of a law that had some emperors and kings, protectors of the Holy Roman Church, to prevent the election of a cardinal side of the papal dignity. He died Nov. 3, 1693. 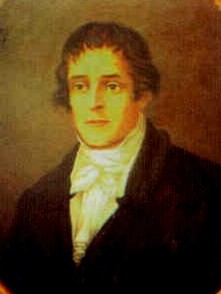 Nicola was born in Charlemagne Lauria in 1761. by the “state of souls” (census) were prepared by the priest of the temple, we learn that Mellis De Nicola is given the title of “great” having the meaning of “belonging to the prosperous middle class and civil society.” His early twenties he graduated in Law at ‘University of Naples. To not get away from many friends, whose ideas coincided with her, he wanted to stay in Naples where he soon established himself as a lawyer. Liberal convinced, he participated in the birth and the establishment of the Neapolitan Republic in 1799. He was a member of the Committee of the Municipality. After the fall of the Neapolitan Republic was arrested and sentenced them to death as guilty treason. Nicola Charlemagne was the first Luke to suffer death by hanging. The body of Nicola Carlomagno was thrown into a common grave. Were confiscated all the property of the family, who fell in the most abject poverty. In 1899, upon the completion of the centenary of the death of our martyr, the municipal administration of the Lauria remembered to posterity with a stone wall before the facade of the theater that stood on Via Roma, and later moved to the lobby of the town hall in front of the tombstone of those killed in the 1915-18 war.

Nicola was born in Marseille Lauria September 3, 1835. obtained a degree in law was appointed by the “profiteer of Sicily” Antonio Mordini, his secretary. Later he entered the Ministry of Agriculture, where he rose quickly promoted to General Manager. In 1892 he was elected Member of Parliament for the district of Lagonegro. Six years later the Miraglia accepted the appointment as the Director General of the now collapsed Banco di Lucania lifted over fifteen years of good administration. For this he was given the honorary citizenship of the city of Naples, the Board of Directors of the Bank, by way of gratitude, rewarded him with a million lire, while the King Victor Emmanuel III appointed him Count. 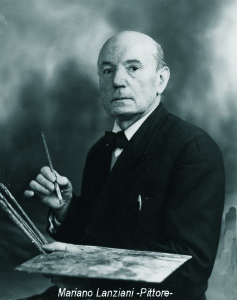 The painter Mario Lauria Lanziani was born in February 12, 1883. He attended in Naples Institute of Fine Arts He performed works in the churches of the Diocese of Policastro, in the Calabria and Salerno. Among the many frescoes are the most admired: the great painting of St. Nicholas Church in Riverside, the beautiful “Nativity” and the beautiful “Dispute in the Temple.” Priceless works were carried out in the Sanctuary of Mount Traveling. He painted a large canvas in a chapel of the cemetery of Taormina and is a very famous painting of San Francesco di Paola through the mantle Strait Messina.nel City Hall Lauria there is a much admired the Lanziani offered to the City, where in 4 rosettes are painted images of personalities lauriote. 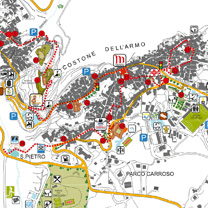